How to block an ongoing brute force attack

How to block an ongoing brute force attack 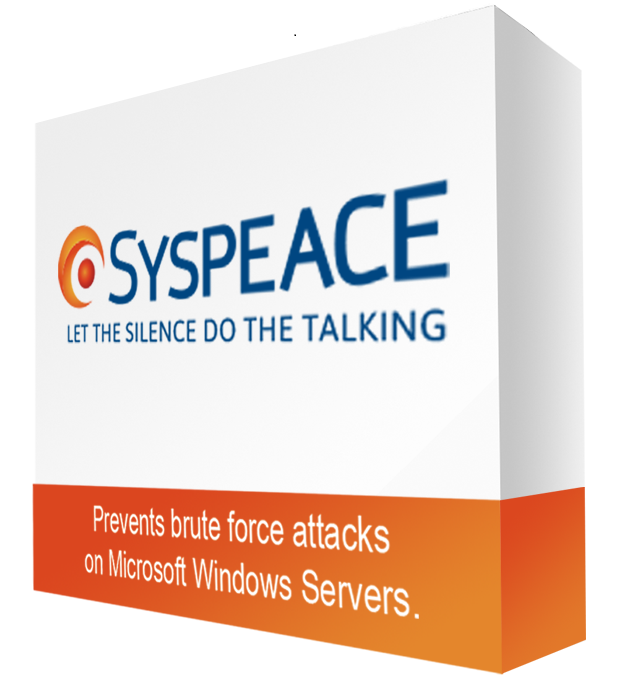 If your server or data center is targeted by a brute force attack it might be hard to figure out how to quickly make stop it. If the attack is from a single IP address you’d probably block it in your external firewall or the Windows Server firewall. And after that start tracking and reporting the attack to see if it needs following up.

However, if the attacks are triggered from hundreds or even thousands of IP addresses, it will become basically impossible to block all of them in the firewall so you need something to help you automate the task.

Since Syspeace has a fully functional trial for 30 days, you can simply download it here, install, register with a valid email address, enter the license key into the Syspeace GUI and the attack will be automatically handled (blocked, tracked and reported) as soon as the Syspeace service starts up.

The attack will be blocked within minutes from even connecting to your server.

The entire process of downloading, installing and registering usually only takes a few minutes. Since Syspeace is a Windows service it will also automatically start if the server is rebooted.

Syspeace has already blocked over 3.6 Million attacks worldwide. We have a Global Blacklist that is automatically downloaded to all other Syspeace clients.

This means that if an IP address has been deemed a repeat offender (meaning that it has attacked X number of Syspeace customers and Y number of servers within Z amount of time), the attackers IP address is quite likely to already be in the Global Blacklist. Therefore it will be automatically blacklisted on all Syspeace-installations, thus making it preemptively blocked.

Syspeace does not simply disable the login for the attacker. It completely blocks the attacker on all ports from communicating with your server. If you have other services running on the server (such as an FTP or SQL Server) the attacker will not be able to reach any if those services either. The lockdown is on all TCP ports.

With Syspeace you will also get tracking and reporting included immediately for future reference or forensics.

SQL Server and we have also released public APIs to use with various web logins.

OPS – The Specialists Within

3 Critical Regulatory Compliance Certifications Every Computer Center Must Have

Any cookies that may not be particularly necessary for the website to function and is used specifically to collect user personal data via analytics, ads, other embedded contents are termed as non-necessary cookies. It is mandatory to procure user consent prior to running these cookies on your website.